Last Saturday we went to Tsuchiura to see their famous annual fireworks festival. We went there by bikes with a rather big group of people. The trip there was okay even though our group got split up and I was one of the last people to arrive, because I just don’t like riding the bike very fast. But we got there just fine, had some nice matsuri food and spent 2 and a half hours watching pretty fire flowers exploding in the sky. It was lovely. 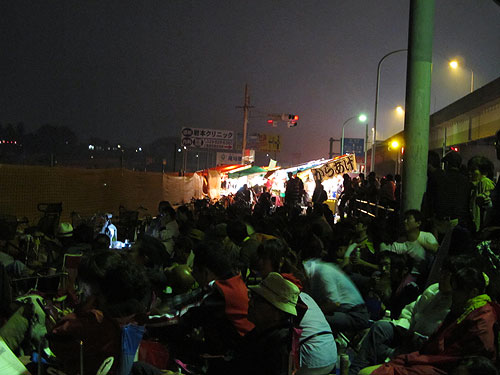 Lots of people waiting for the fireworks to start 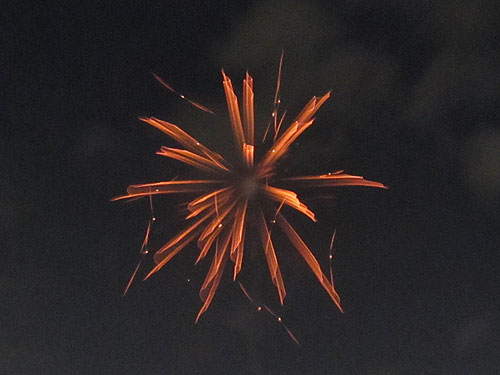 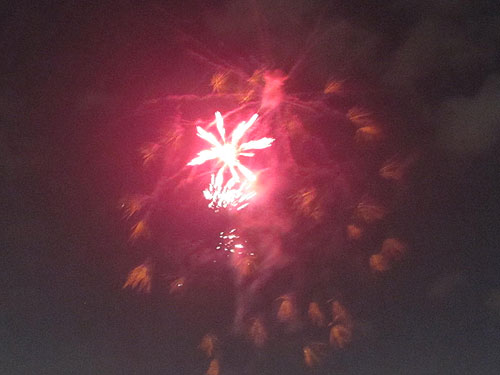 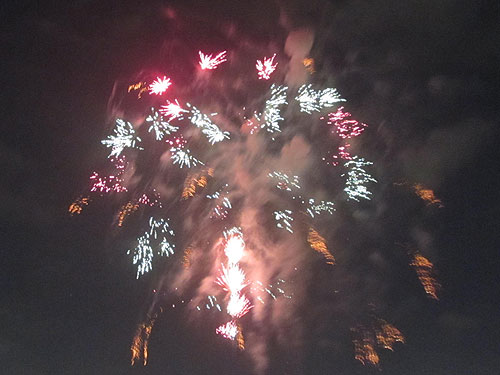 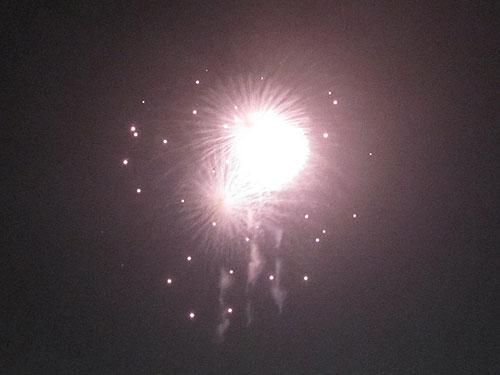 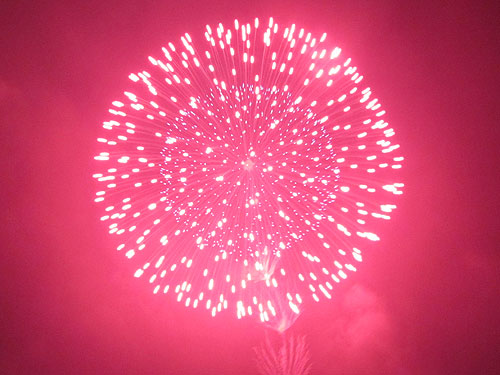 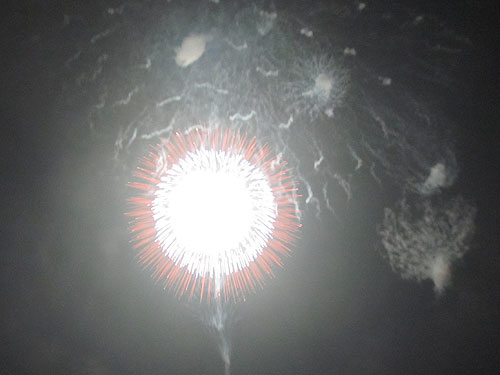 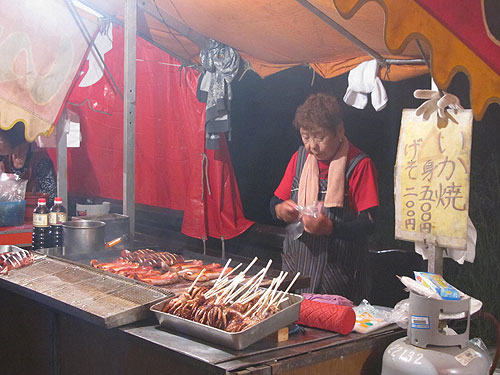 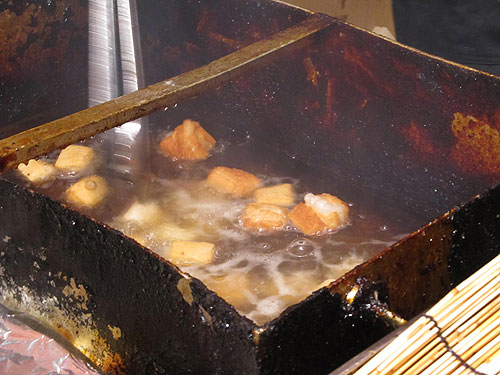 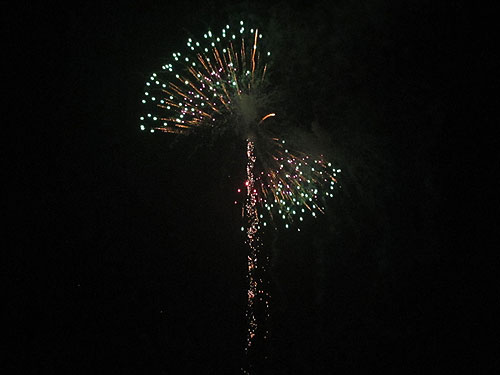 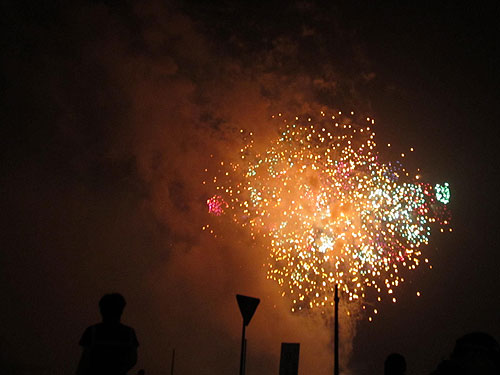 The video I managed to take of the fireworks before my camera battery died:

Now this is someone else’s video that was taken during the most interesting and beautiful part of the festival:

The trip back home was terrible. The streets were jammed with cars and the sidewalks were full of people… and it was so dark. Japan gets very VERY dark at night… and there isn’t much lighting anywhere; especially so in the rural areas and smaller cities. And this all was a huge problem, because I there was by bike and had to get home alive. So yeah, the drive home was incredibly scary and stressful for me. It took me twice the time and effort, but eventually I got home safe and sound. Yay! Now I really hope I don’t have to repeat that biking experience any time soon xD