Wow, I started this segment of my blog and then it took me over half a year to visit it again 😀 Typical me. I’ve tried many different coffees in between these posts, but never had the energy or time to sit down and write about the experience. Also typical me. But I still like coffee and so here I am again 😀 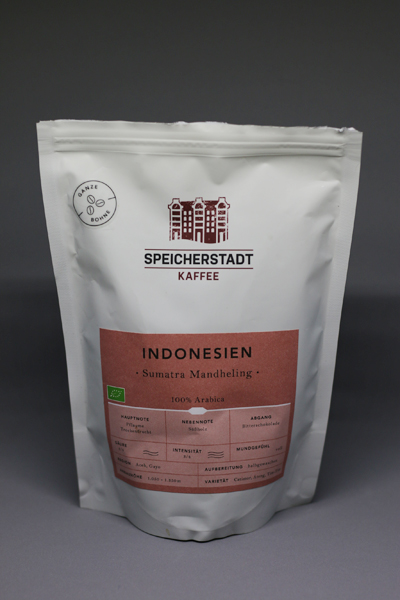 My husband’s brother brought these beans back for us from his work trip to Hamburg from a small roastery called Speicherstadt Kaffee. Very nice of him to think of us while traveling 😀

The package design is simple and to the point. It probably wouldn’t pull my attention among other coffee packages, but it’s clean and has a classy sophisticated feel. Plus points to the fact that the bag ziplock closes easily again after opening, so I don’t have to worry about the coffee getting stale quickly. 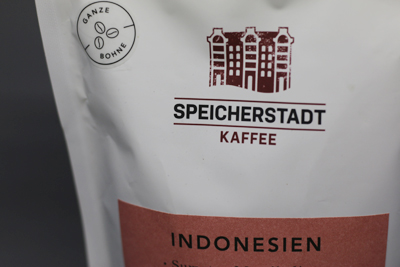 Information about the coffee beans: 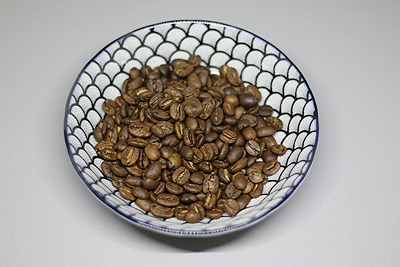 When I opened the bag, I was greeted with a strong, a bit acrid smell. No special aromatic notes I could distinguish from the general “smells like strong flavoured coffee” smell. In general, a good solid coffee bean aroma 😀 The beans were whole and not broken, which I have been told is a good thing to notice about coffee beans. The bean sizes vary a bit here and there and the roast colour has slightly different tones in it.

Brewing method – drip coffee machine. Does this count as filter coffee? It should, right, as the drip machine uses a paper filter too. I was too lazy to play with my chemex as I don’t have a proper pour-over kettle yet and my ceramic water kettle is too heavy to bother. 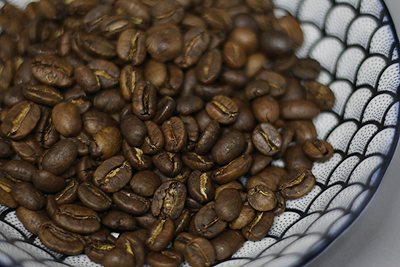 The coffee produced from the bean had a deep smell, but nothing very memorable. Smelled like a good cup of simple coffee 😀 The mouthfeel is indeed full and slightly juicy. At the first sip I can definitely taste a subtle dried plum flavour and a very strong bitter chocolate aftertaste. There is also a bit of something that reminds me of tobacco in the lingering taste… or the taste of the way cigarette ash smells like, if it makes sense. It’s not an unpleasant flavour. I am not certain about liquorice though. Could it be the ashy undertones I got? To me this flavour is not sharp/tart enough to resemble liquorice. 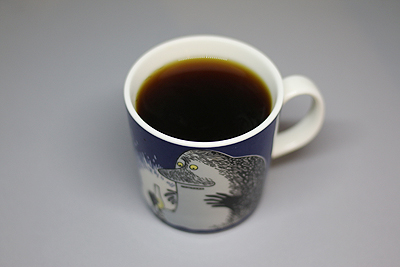 Is it still drinkable when the coffee gets cold? – Yes. The sweetness of plum disappears a bit and the tobacco intensifies, but not so that the flavour would be unpleasant. It’s a totally okay coffee to drink while it has gone cold.

Would I buy/drink this coffee again? – I would drink this again if offered or given as a gift. Not certain I would desperately go seeking for the beans myself however. It was good enough coffee that I would gladly enjoy another cup of it, but unremarkable enough for not to be bothered to try and acquire the beans again, considering one can get them only from Germany.

– More coffees I have tasted