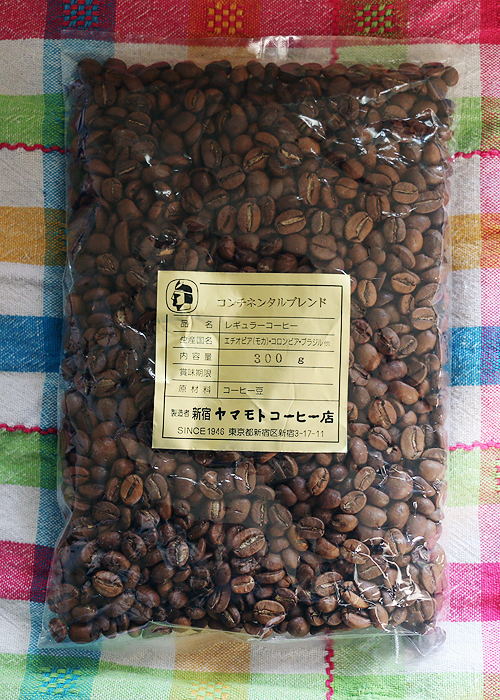 My friend Eva brought these beans for me as a gift from Japan. She asked me if there was anything I would like from Tokyo and I asked for coffee beans roasted in Japan that would be suitable for filter brewing. The beans are from a coffee and tea specialized store in Shinjuku called Yamamoto Coffee. 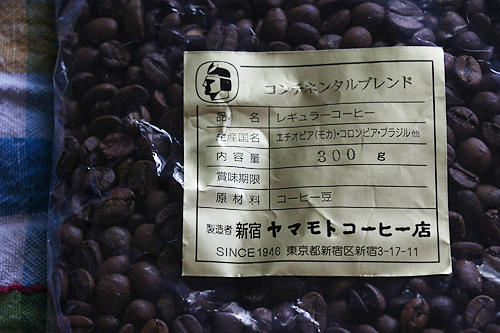 Not much information on the package other than bean origin and the manufacturer information. Not a big fan of the clear non-resealable package the beans came in, but eh. I transferred the beans to a jar after I opened them, so they wouldn’t spill from the plastic bag or lose their aroma. 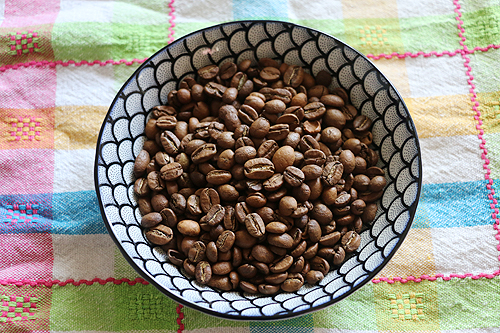 When I opened the bag, I was greeted by a strong, almost sweet smell- kind of like chocolate toffee, very pleasant. The beans are all different shapes and sizes (thinking it’s because it’s different beans from 3 different places, yes?), but the beans are whole and there is no dust or other refuse among the beans. The roast is on the lighter side. 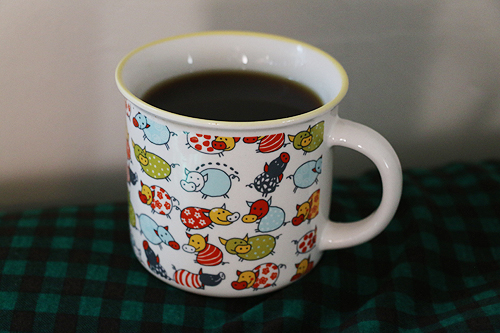 The brewed coffee had a very weak unremarkable smell. I expected a more distinct smell considering how aromatic the unground beans were. The taste however was rich and the mouthfeel slightly creamy. I tasted strong plum flavour. No aftertaste of note. A simple straightforward coffee flavour, not very complex.

Also, my new colourful piggy mug is cute, yes? I have a mug hoarding problem :p

Is it still drinkable when the coffee gets cold? – Yep. The sweet plum turns slightly bitter cinnamon and nutmeg-y, but it’s still nice enough to drink. 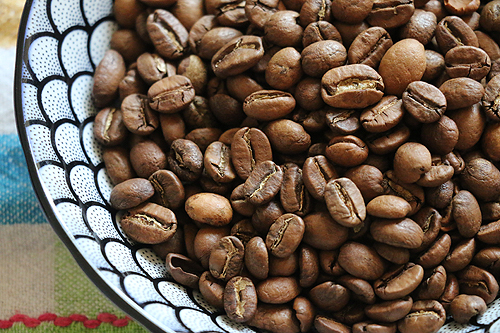 Would I buy/drink this coffee again? – Sure, it was alright coffee. Wouldn’t go seeking it out specifically, but when offered, would not turn it away.

– More coffees I have tasted