Dir en grey has been my favourite band for the major part of my life. I had only seen them live once before and that was already 13 years ago, so when they announced their new European(ish) tour, I jumped at the opportunity to see them again. Since we had a miscommunication with my husband about buying tickets in the beginning of the year, we ended up accidentally buying 4 tickets instead of 2 xD Thankfully, Josie wanted one and Kadi decided to grab the second extra ticket to join us. 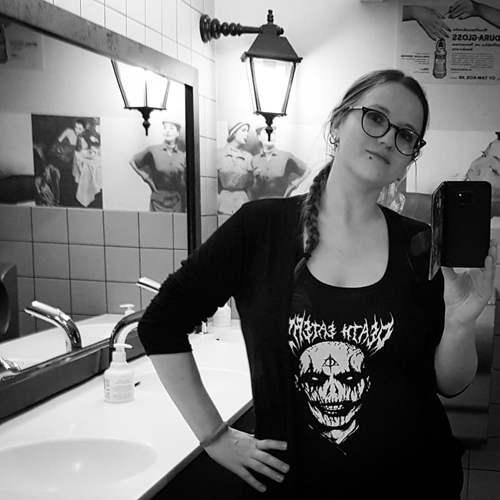 My outfit for the concert.

We got to the concert venue about the time the doors were opened. There was an epic long line of people queueing to get in, but we got in pretty fast as the entrance procedure was efficient enough. I grabbed some merch from their merch table – a t-shirt for myself and a hoodie for hubby – and then waited another bit for the concert to start.

We chose to stand at the back of the venue. I really didn’t feel like struggling around in the crowd for a closer view. I saw plenty on the stage thankfully and got to enjoy the music which was the most important part. Hubby had his arms around me occasionally, so it was extra cosy and nice like that. Good music and my husband’s breath tickling the back of my neck… mmmmmm  blissssssssss!

To my surprise they didn’t only play their newest releases, but also many older songs. I do like their newer music, but I admit that it’s not as familiar to me as some of the older stuff. It was all great to be honest. I also enjoyed that every song had an illustrative visual projected on the wall behind the band. I mean, it’s great to see my favourite band play live, but I always appreciate any artistic touch that adds to the overall experience.

During one of the songs, Kyo turned his back to the crowd and started making faces at a camera near Shinya’s drums. His face was then projected on the wall behind them with some filters xD It was kind of hilarious and especially so when he started shoving fingers in his mouth and dragging lines of spit in front of the camera xD Classic Kyo! xD 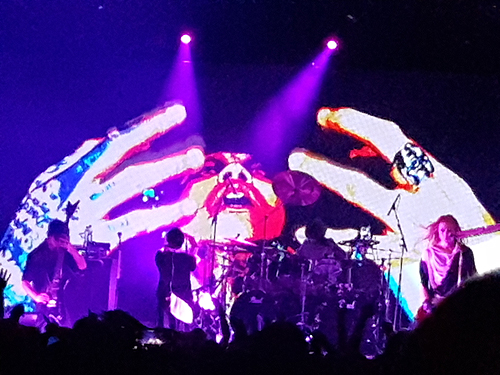 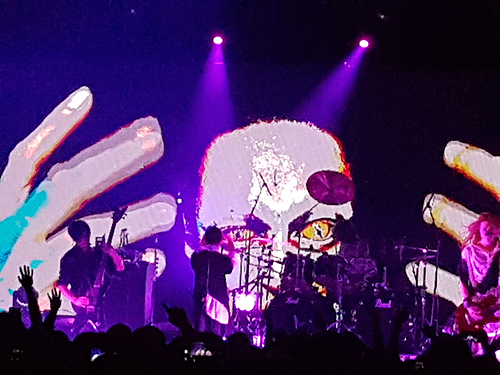 Random memories from the show: 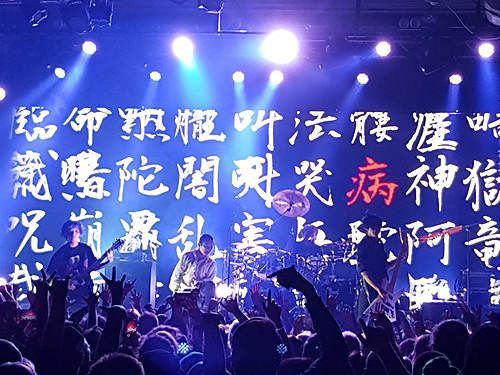 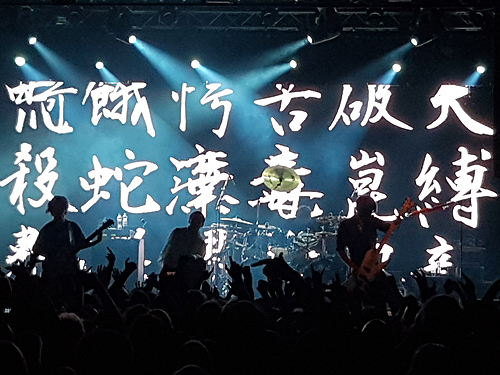 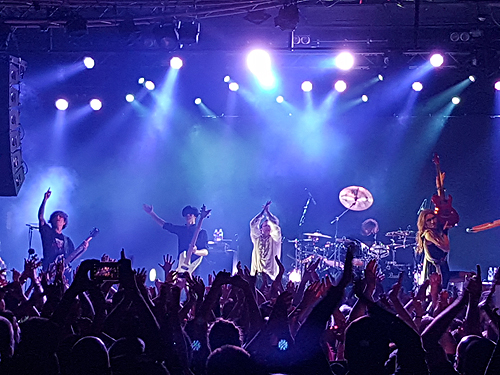 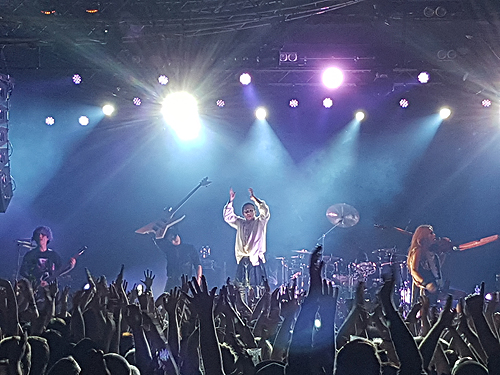 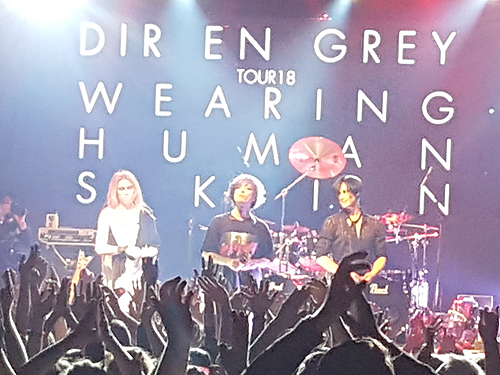 Sadly, the time flew past super fast and then it was over. It felt like they just started and then they were already finishing up. I wish it had been longer xD Oh well.

I loved the concert. I am so glad I got to go.

I will leave you with a few songs  from the band. Enjoy!

This is the song people sang along with. They played a bit updated version of the song during the concert, but the lyrics were still the same. And yes, the video is supposed to be silent in the beginning.

Their latest single. I figured Rannuculus would be some weird mythical demon or something creepy, but apparently it’s a common little flower :p

The last song wasn’t played during the concert we attended, but it’s one of my most favorite ones and means a lot to me. A funny fact, this song was playing in the registration hall when I got married to Indrek :p This is how much this song means to me.