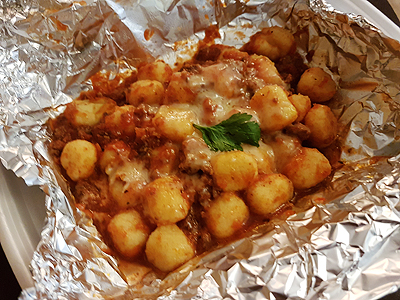 Potato gnocchi with tomato and meat from Attimo. These were divine tasting! 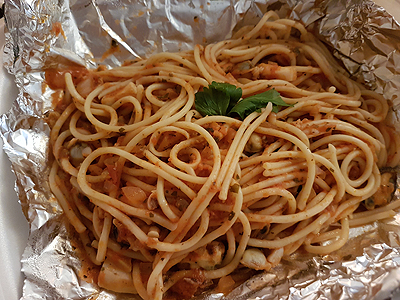 Spaghetti with seafood also from Attimo 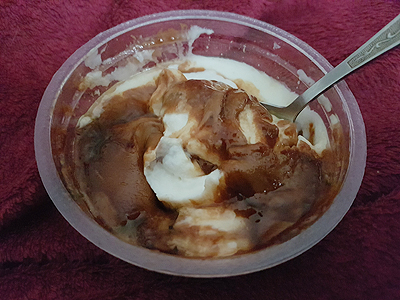 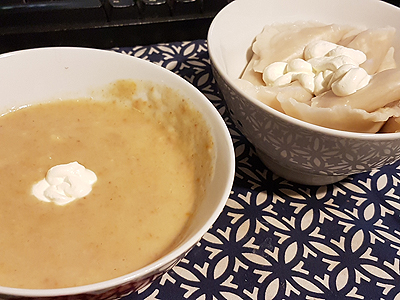 Our kitchen was closed at work due to an emergency, so I didn’t get to eat any breakfast. I hadn’t brought anything with me that day and had hoped for some porridge at work. It took me and the chef over four hours to eliminate the emergency and when we were done, I was ravenous. I ordered in some food and devoured it all xD 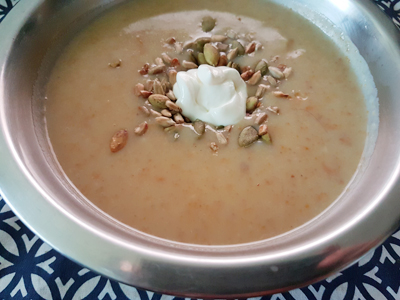 Chanterelle soup with some nuts, seeds and some sour cream. 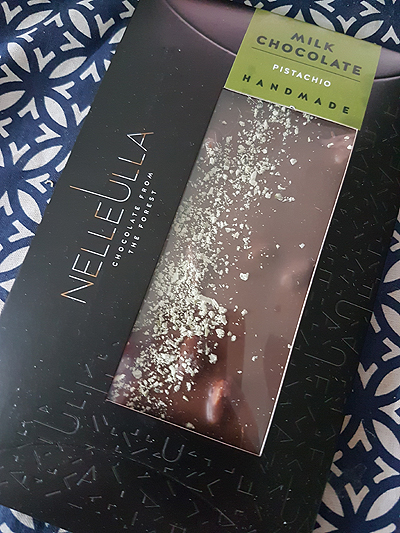 Nelleulla milk chocolate with pistachios. This was an unsatisfying chocolate. It would have been better if it would have had more than four pistachios in it. 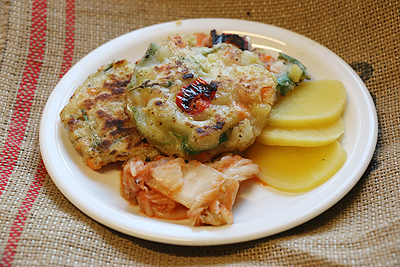 Korean style “pancakes” with pickled radish and some sad tasting kimchi. The pancakes were undercooked and the kimchi had no flavour. The radish was tasty though. 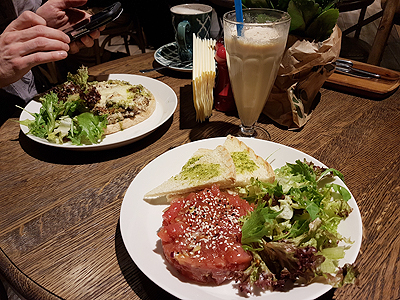 Toast with tuna tartare and some salad @ Grenka. Also had an ice coffee. I liked the coffee, but I didn’t like that the tuna tartare was sweet D:

There was a Korean fried chicken event at my work and we had planned to go, however, the place was packed and we felt in the way, so we decided to go and have some Korean food at Gostu instead… but Gotsu was reserved for the evening D: I was so upset! So, we settled for Grenka and the tuna tartare did fill my stomach, but didn’t sate my appetite. 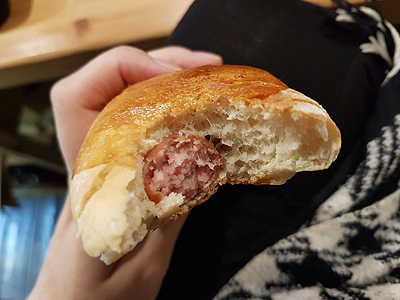 I ate two wiener pastries. They were straight from the oven and oh so delish. 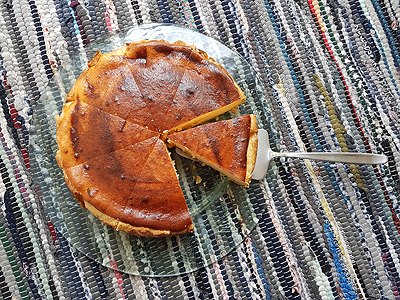 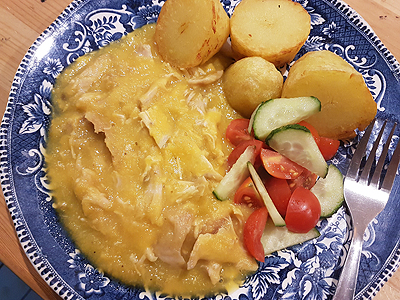 Chicken sauce with potatoes and salad 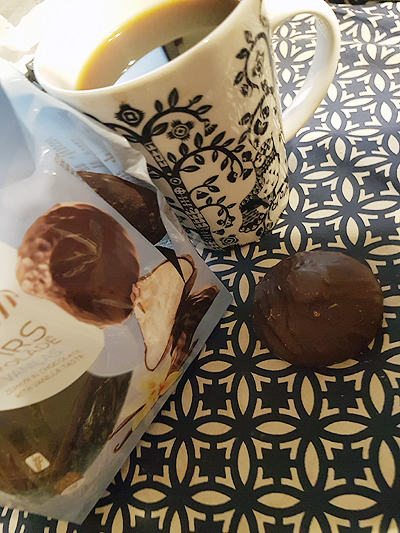 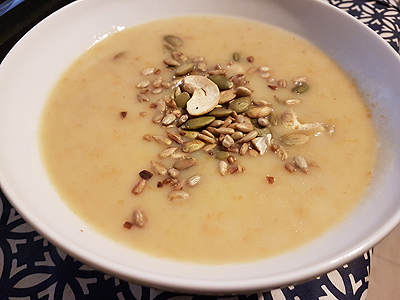 Chanterelle soup with some nuts and seeds 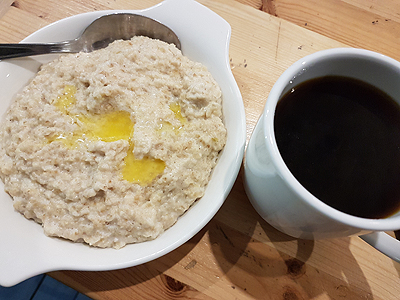 Oatmeal porridge with butter and a cup of coffee 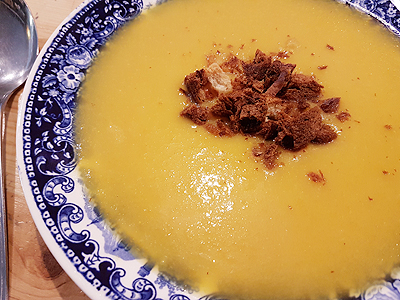 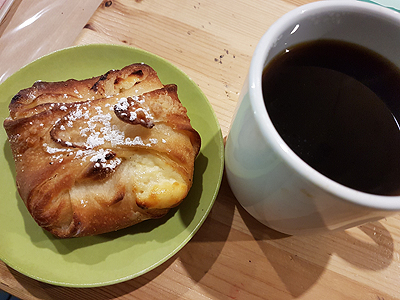 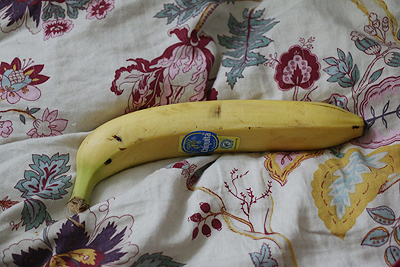 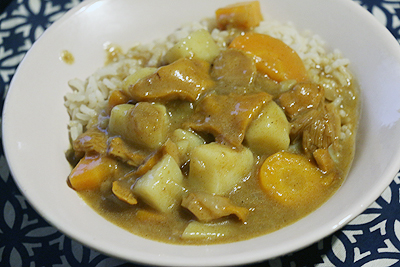 Coffee and a banana-strawberry-spinach smoothie which sucked, because there was no spinach in it 😦

Had a doughnut, a cinnamon roll and some coffee

A Guardians of the Galaxy themed blueberry cupcake 😀

Loviise came to Tallinn. We had dinner in Gostu and then went to the premiere of “Guardians of the Galaxy vol. 2.” There was a whole event around it with cupcakes and cosplayers :p I made my reluctant boyfriend take a photo with Mantis and Gamora too xD There was also a quiz before the movie and I did fairly well, scoring the 6th place overall out of about a 100 players xD

I snagged these photos from the Kino Kosmos IMAX facebook page.

My tortured boyfriend with some awesome cosplay ladies :p

A tiny high-five! with Baby Groot 😀 And is that just me or does Star-Lord’s shirt look like it says “baby boy”? xD

The movie itself was fantastic. It was so fun. I have a hard time putting it to words how much I loved it.

Oatmeal porridge with a banana, and a cup of coffee

Eva is in Estonia 😀 We met up for lunch in Vegan Restoran V. I had a delicious smoothie while we discussed all that ails us like proper old people :p

Then we had coffee in a nearby café. I also had a pistachio roll.

After meeting Eva, I picked up Loviise and went to show her where I work. Had another coffee and a bacon-onion pastry.

Rice with tuna, cabbage and soy sauce with some cottage cheese and salad

Pesto pasta and salad. I was not happy with the “salad” so I took it back to the kitchen and demanded some cucumber and tomato in it. Also, is it strange to want to eat a salad with pasta? The chef sure thought so, because apparently the pasta was already green :p

Oatmeal porridge with honey and a cup of coffee.

Golden fried shrimp (with potato breading and sweet & spicy sauce) @ Mack Bar-B-Que. These were so yummy!

Mulk’s porridge with chanterelle and pork sauce; some salad and buttered rye bread on the side.

We went to the zoo in the morning and ended up spending most of the day there. I keep forgetting how big Tallinn Zoo has become and how long it actually takes to walk through the entire place. I love the zoo though and I am always so happy to see how they are working over there to give all the animals better habitats. The place used to be a tiny terrible concrete box where all animals lived in small cages with no greenery around, but now it’s really becoming a beautiful place with hopefully happier animals.

One of the golden eagles took a particular interest in my boyfriend and chased him around in his cage. This was super peculiar!

The Scariest Carnivore of Them All. Yikes!

All the Monkeys xD

Later in the evening we went to Escape Room. I’ve never been to an escape room before so I had really no idea what to expect. We tried out their “Prison Break” game where you had to, surprise-surprise, bust out of a prison in 60minutes. I am so glad I went there with smart people, because I couldn’t have figured out half of the puzzles myself xD I managed to open one code locked box, which was my only feat in the game… but it was super fun! We had about 8 minutes left on the timer when we got out. I want to go again 😀

We eventually crashed at our place where I cooked our guests some dinner. First time I managed a proper mulk’s porridge, so I think this all was a success 😀

Pear chocolate cake with hazelnuts and a cup of coffee.

Chia seed bread with tomato and meatball soup with macaroni and chanterelles.

Some spoonfuls of condensed milk.

Oatmeal porridge with a sliced up banana and some fresh raspberry jam; also had a cup of coffee.

A strawberry-banana smoothie, because I was feeling queasy after my workout and I couldn’t find any snacks from the store that were not pastry or sweets.

A soup with macaroni, meatballs and chanterelles plus a dollop of sour cream on top.

Pear chocolate cake with some fresh raspberry jam and a cup of peppermint tea.

The first song in my BodyArt class was “The Hanging Tree” from the movie “The Hunger Games.” Well it was a mix of the song, but I still found myself pretty amused by it and thought it was an odd song to exercise to xD

Also with exercising more I have to take more showers and it has sort of become a problem for me. Usually I shower fully about twice a week, other times I just wash parts of myself in the sink every morning and/or evening depending on the need. It’s pretty normal, because our climate is rather cool. However, it would be unthinkable to go home without a shower after exercising because I am sweaty and gross. Now taking a shower isn’t the problem itself, but it’s my hair, because the more often I wash it the quicker it starts getting dirty. After I started taking a shower every two days or so, I’ve noticed my hair is already getting greasy and dirty looking by the end of the next day after a shower. Before that it was okay for me to go three days and up without my hair starting to look and feel like it could use a wash. I was thinking that perhaps I should get myself a shower cap so I wouldn’t have to get my hair wet every time I shower after working out… but would that be weird? I don’t know, I’ve never seen anyone with a shower cap in the sports club. I’m pretty darn self-conscious with some odd things.