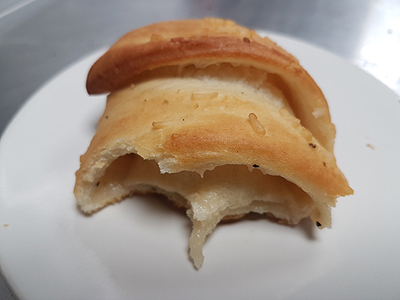 Vegan cheese roll. It tasted like bread with mayo, so not so sure about this. 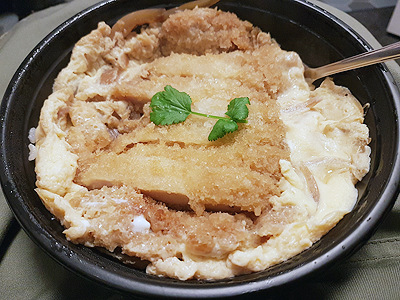 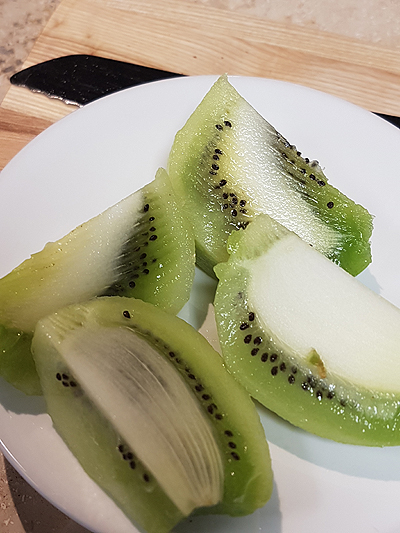 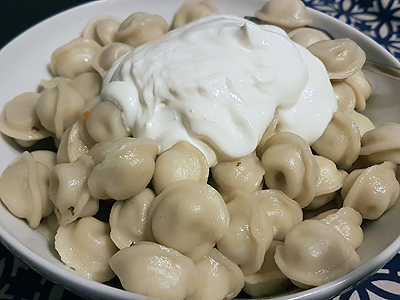 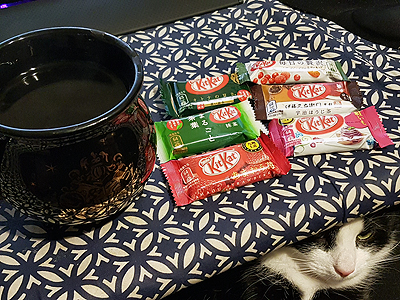 Coffee and kit-kats I shared with my boyfriend. One of the matcha ones was super potent and bitter. It was cool in it’s own way, but I am not completely sure I liked it xD I enjoyed the mild matcha one better. Starwberry and sweet potato ones were kind of meh to me… The black tea one was okay and the tiny berry and almond one was the best one of the bunch. 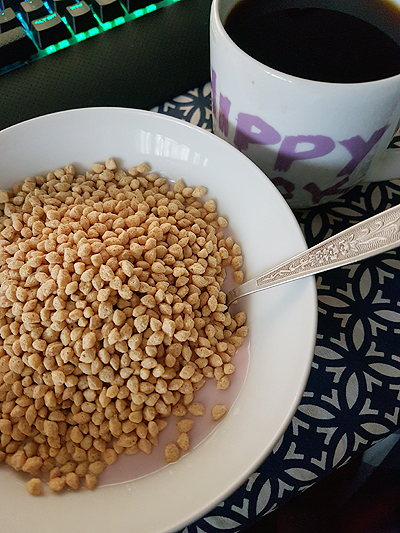 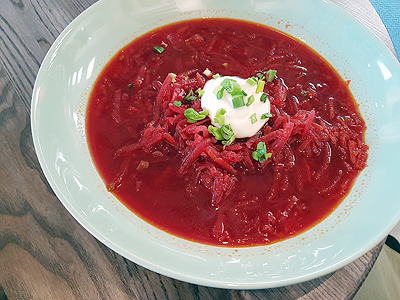 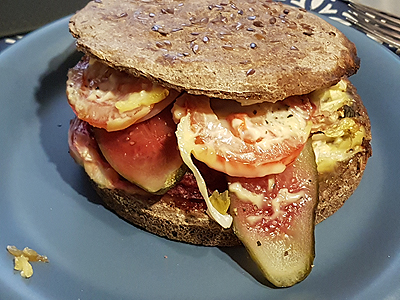 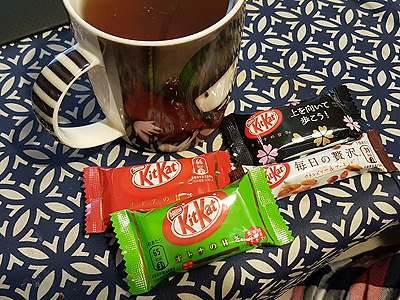 Tea and some different Kit-Kat’s: strawberry, dark chocolate, matcha and cranberry-almond. The cranberry-almond one was fantastic. I also really loved the matcha flavour. My least favorite was the strawberry one.

I made pea soup for dinner, because it’s a tradition to eat pea soup on Shrove Tuesday in Estonia. Unfortunately I was careless when picking out the smoked ham for the soup in the store. Instead of proper smoked ham I ended up buying fake smoked ham, which means that the “ham” is given a smoked like smell/flavour with a smoke essence

And the soup was inedible, because the taste of that unpleasant smoke essence overpowered everything 😦 Honestly, it was not pleasant at all. That’s three hours wasted on cooking that soup and not to mention the food wasted! Down the toilet the entire pot went 😦

We had no other choice than to run to the store and get some food from the readymade food court for dinner, because it was late and I didn’t feel like cooking again that night. We got some Mulk’s porridge (Potato porridge with pearl barley) and breaded friend beef slices. The food was a tad bit too salty, but still so much better than that damned pea soup. I also had a slice of toasted rye bread with cheese.

A matcha whipped cream and azuki paste semla from Tokumaru and a cup of peppermint tea.

A banana, a couple of matcha KitKat’s and coffee

Potato and rice soup with wakame 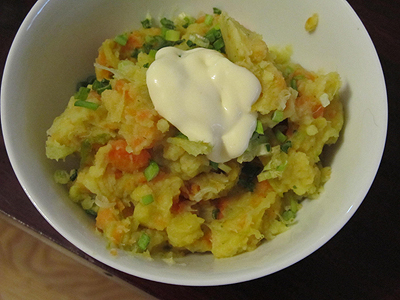 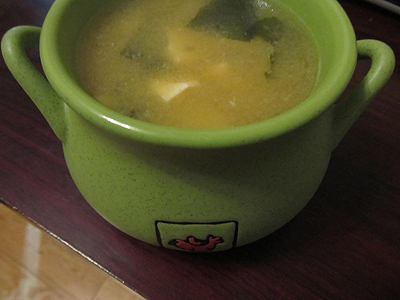 Miso soup with tofu and wakame 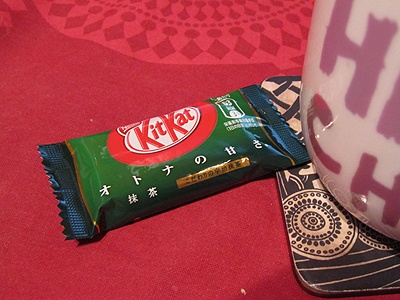 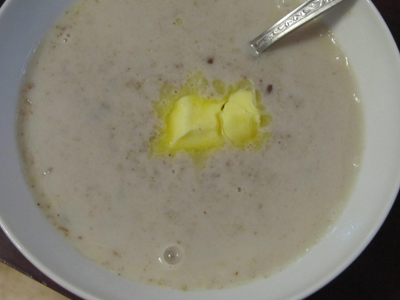 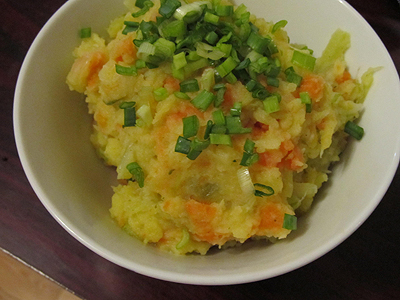 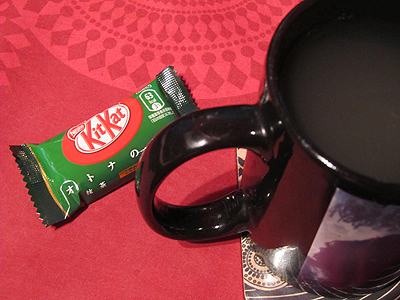 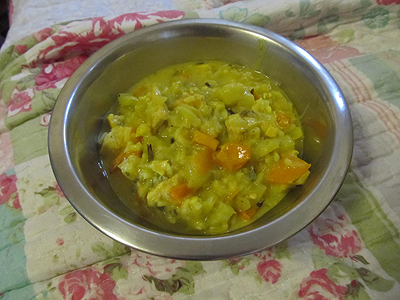 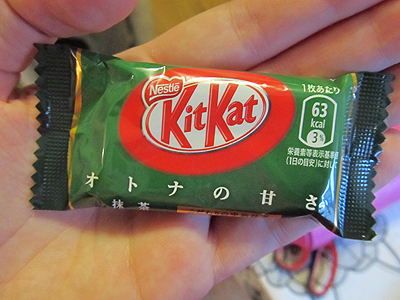 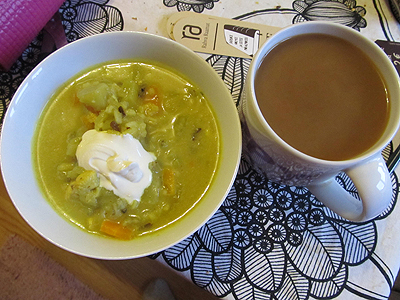 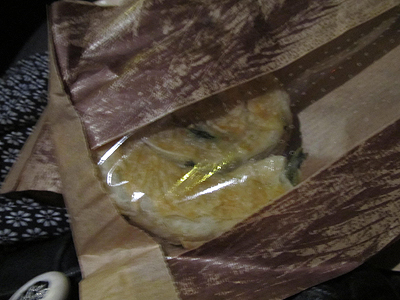 This hazy thing is a spinach roll 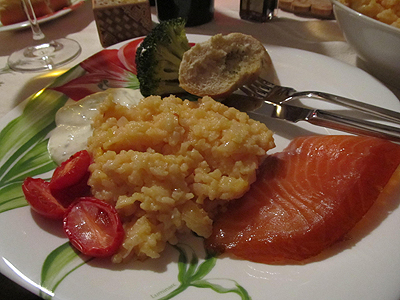 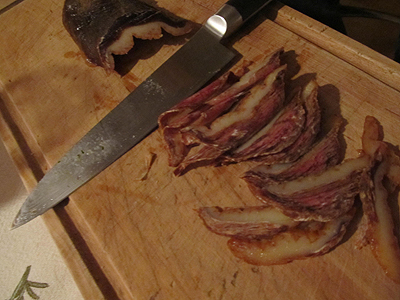 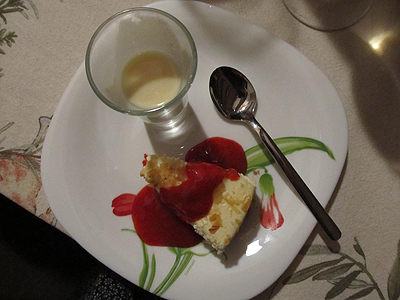